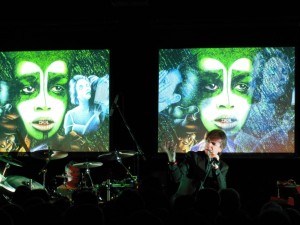 The British band that co-founded the sub genre neo prog with Marillion celebrates 35 years with their first visit to Sweden as headliner. Although they have a long and succesful career behind them, they’re in top form with ”Road of Bones” that completely dominated the best-of-2014 lists in the genre. Expect an impressive stage production, strong melodies and plenty of fantastic prog tunes.